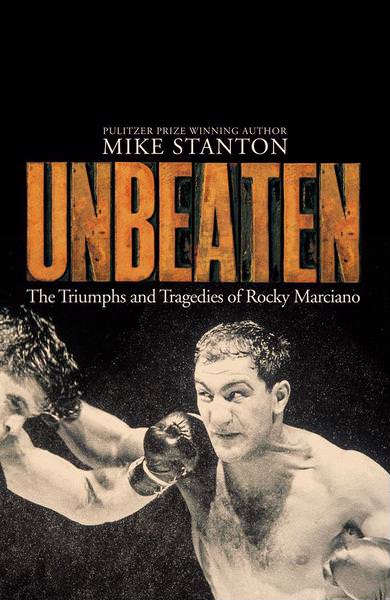 He was too old by boxing standards when he started, his arms were too short, his stance too wide, his feet too flat.

And yet, when he retired from boxing in 1956, Rocky Marciano became the only undefeated heavyweight champion in history with a record of 49-0. His title fight with Jersey Joe Walcott in 1952 was marred by controversy, but was also testament to his indefatigable will and endurance. The guy could pack – and take – a punch.

Rocky was always an unlikely hero; the son of an Italian shoemaker growing up during the Depression in Brockton, Massachusetts. His mother never once watched him fight, opting to pray for him instead.

At first, the press and boxing critics ridiculed his lack of technique and called him a brawler, not a boxer. But time after time his thunderous right – dubbed Suzie Q by his manager Charlie Goldman – punched its way into the history books and the hearts of Americans.

When he died in an aircraft accident on August 31 1969 – the day before his 46th birthday – sportswriter Jim Murray wrote in the Los Angeles Times: “Start the count, he’ll get up. A lot of us today are wishing there were an honest referee in a cornfield in Iowa.”

These small details make Unbeaten a captivating read. Mike Stanton not only paints a compelling portrait of an underdog-turned-hero, he captures the spirit of the time – from the shady characters who pulled the strings behind the scenes of boxing to the exquisite art of sports writing.

Throughout his career, Rocky had to contend with corrupt boxing officials, Mafia bosses and his own demons at ringside.