Cape Town launch: Everyone is Present by Terry Kurgan (22 November)

In this book, Terry Kurgan begins with a family snapshot made by her Polish grandfather in 1939 on the eve of the war.

Presenting this evocative image as a repository of multiple histories – public, private, domestic, familial and generational – she sets off on a series of meditations on photography that give us startling insights into how photographs work: what they conceal, how they mislead, what provocations they contain.

Each essay takes up the thread of the story of her family’s epic journey across Europe as they flee – country by country – Nazi occupation, until they reach Cape Town, South Africa.

But Kurgan takes detours, circles back, diverts attention elsewhere, enriching and also disrupting the narrative with digressions on the way Google has changed our relationship to photography, on her grandfather’s eloquent daily journals, on the shipboard flirtations of her fascinating grandmother, on vanity, on self representation, on loss and return, home and exile.

Kurgan’s richly satisfying essays are part memoir, part travelogue, part analysis and they demonstrate her sophisticated understanding of a medium that has long engaged her as an artist.

Launch: Everyone is Present by Terry Kurgan (14 November) 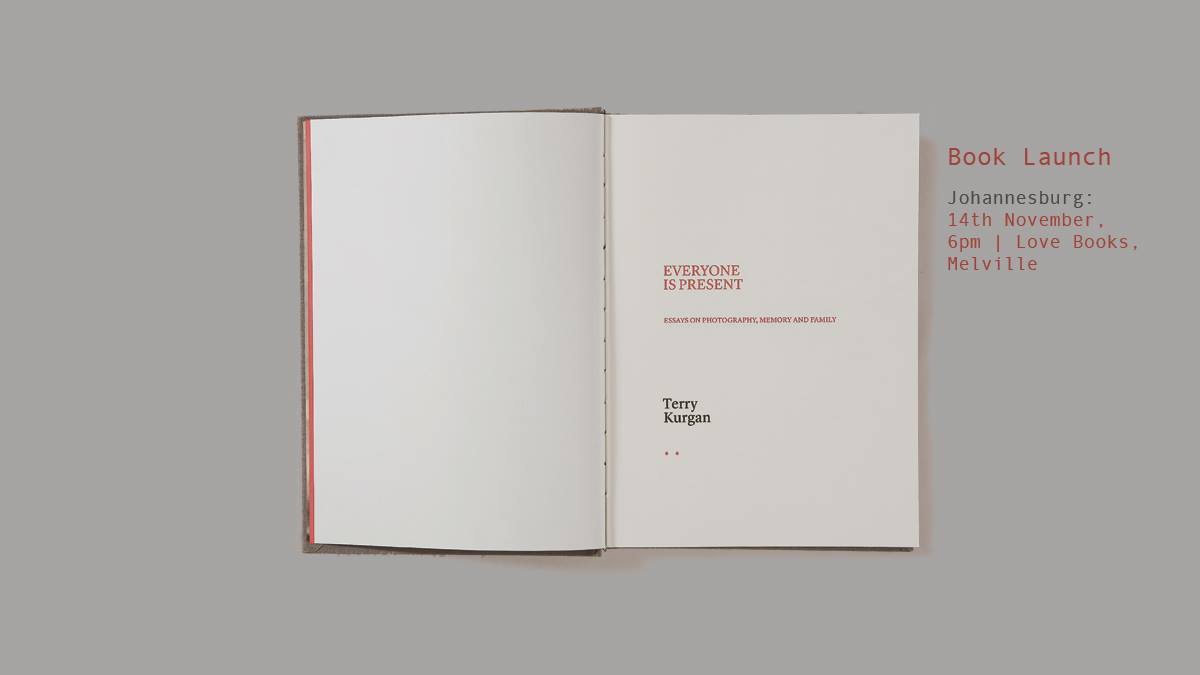 In this book, Kurgan begins with a family snapshot made by her Polish grandfather in 1939 on the eve of the war. Presenting this evocative image as a repository of multiple histories – public, private, domestic, familial and generational – she sets off on a series of meditations on photography that give us startling insights into how photographs work: what they conceal, how they mislead, what provocations they contain.

Terry will be in discussion with Professor Gerrit Olivier (Wits School of Arts). 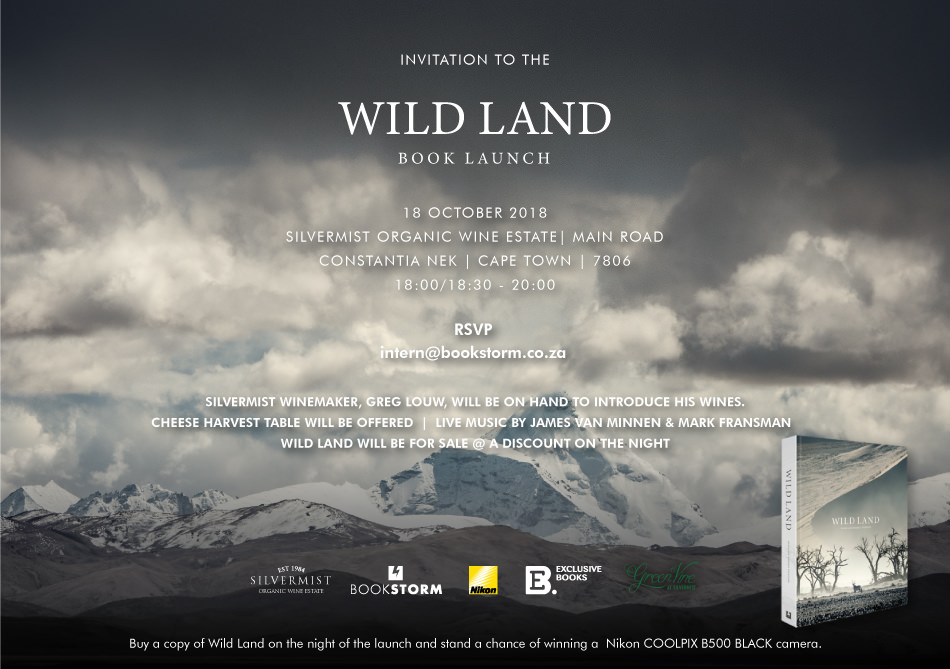 In more than 200 striking images, acclaimed South African photographers Peter and Beverly Pickford have created an epic, unparalleled portrait of some of our planet’s most untouched places: from the heat-beaten country of Namibia’s Skeleton Coast to Alaska and the Yukon’s abundance of water, in ocean, river and lake; from the subantarctic islands’ wind-tossed shores in the south to the Arctic’s immense expanses of cracked pancake ice in the north; and the dazzling juxtaposition of desert and water in Australia’s Kimberley to the remote, frozen peaks of Tibet and Patagonia.

Within these extreme landscapes, Beverly and Peter’s images illuminate and celebrate myriad forms of life: polar bears, rhinoceroses and bharal, as well as the humble lichen, are all evocatively pictured within the landscapes upon which they depend.

This is a wildlife book like no other, its images aching with what words struggle to describe: the resonance of wilderness in our inner being, the power of land to transform our emotion, and our ability to transcend the immediate to become sublime.

Wild Land’s stunning images are accompanied by a fascinating text in which Peter not only vividly describes the photographers’ adventures in pursuit of wild land, but also delivers a timely message that highlights the urgent need for these lands to be preserved for the future of the planet – a future on which humankind’s very survival is dependent. 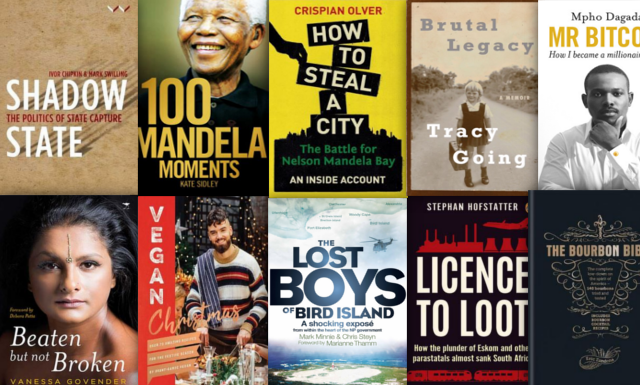 Every month, publishers send out This Month’s Highlights e-mails to reviewers like me. The point of the mail is for us to select books to review, but I use it as a handy snapshot of the state of the world. It’s almost as effective as reading the newspaper, and a lot quicker. From recent months’ offerings, I have developed the following worldview:

Books about the pillage of the public purse are a thriving industry in SA. There’s at least one new one a month – Licence to Loot; How To Steal a City; Shadow State; Other titles with the words ‘plunder’ and ‘capture’ – and they barely even overlap, so rich is the seam to be mined. There’s enough meat for sequels – I imagine Licence to Loot More, How To Steal Another City and Even Shadowier State.

Veg is the new Banting

The lists are littered with vegetarian and vegan recipe books like The Plant-Based Cookbook and Vegan Christmas. OK, so the titles lack the finger-licking allure of How To Be A Domestic Goddess, which made the full-creamy Nigella Lawson a welcome presence in our kitchens, but no animals were harmed in their making. South African restaurants still relying on pasta arrabiata and the “vegetarian platter” (aka, a plate of fried brown things) as their extensive vegetarian menu, could learn a thing or two.

The number of stories about spousal abuse and gender-based violence is simply appalling. Famous names like Tracy Going (Brutal Legacy) and Vanessa Govender (Beaten But Not Broken) – and lesser-known but equally brave survivors – are telling their stories.

But people are pretty awesome

There they are, overcoming cancer, fighting apartheid (100 Mandela Moments), swimming long distances in very cold water, challenging injustice, pulling themselves up by their bootstraps and climbing mountains on their one remaining leg – not at the same time, just to be clear. And we get to read about it. It’s properly inspiring.

Except for the ones that are psychos

There they are, murdering, abusing children, running apartheid death squads, mucking up the country (The Lost Boys of Bird Island being a case in point). And we get to read about it. It’s properly depressing.

We drink too much

The Craft Beer Dictionary, The Bourbon Bible, The Vodka Lover’s Guide to Cirrhosis, and wine, wine, wine. The world is all boozed up, and increasingly adventurously so – no longer does one simply add some T to one’s G – you toss in lavender and star anise and burnt orange peel.

People, we are struggling! And there are books to help. From colour therapy to feng shui, to spiritual guidance, to diet secrets, to career advice, they make big promises – like Mr Bitcoin: How I Became a Bitcoin Millionaire at 21. I can’t vouch for the success of the methods, but the category is booming.

Leave the predictable daily grind for the mystery of novels where people who are thought dead turn out not to be, or whether the assumed killer is but a red herring. Be transported to Tuscany, into the chiselled arms of a handsome stranger. Or to a Chicago speakeasy. Or to suburban London. Any place, really. Any place but where you are.

How To Steal A City: The Battle For Nelson Mandela Bay by Crispian Oliver
EAN: 9781868428205
Find this book with BOOK Finder!

The Lost Boys of Bird Island: A shocking exposé from within the heart of the NP government by Mark Minnie, Chris Steyn
EAN: 9780624081432
Find this book with BOOK Finder!

Vaya will be available on Netflix in November! 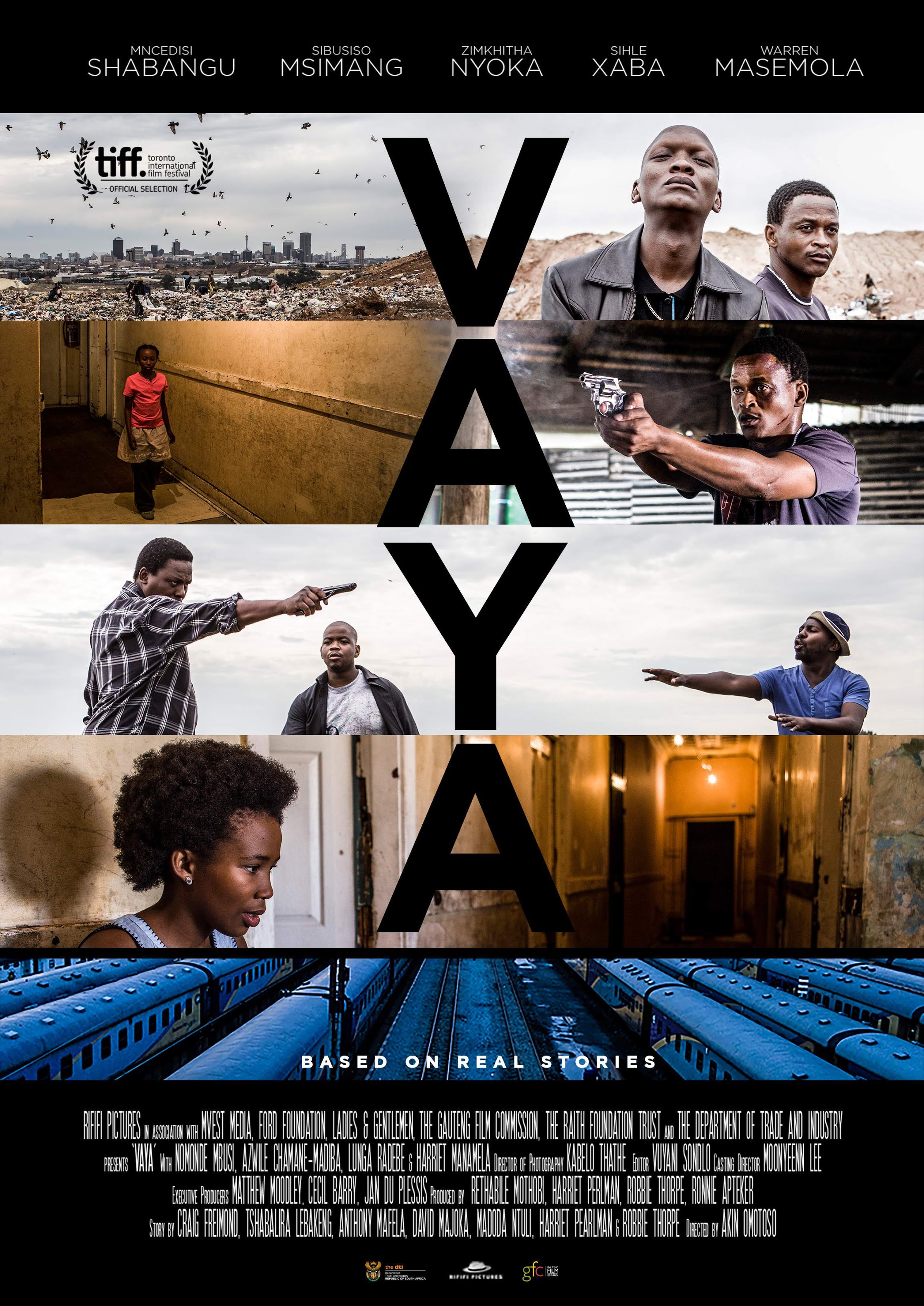 Released to universal acclaim, the film – based on true events – chronicles the experience of four young, rural men’s journey to the so-called City of Gold.

A tie-in book, Vaya: Untold Stories of Johannesburg (published by Bookstorm in 2017), offers a rare lens into life in Johannesburg and amplifies the voices of people who live on the city’s margins.

Watch: Sam Beckbessinger discusses Manage Your Money Like a F*cking Grownup on the Anne Hirsch Show

We never get an instruction manual about how money works. We never have to pass a test to get our Money License before we can take a new credit card for a drive. Most of what we learn about money comes from advertising or from other people who know as little as we do.

No wonder we make such basic mistakes. No wonder we feel disempowered and scared. No wonder so many of us just decide to stick our heads in the damn sand and just never deal with it.

I wrote this book, because so many of the people I spoke to told me that they wished someone would.

In this clear and engaging basic guide to managing your finances, Sam Beckbessinger covers topics from compound interest and inflation to “Your brain on money”, negotiating a raise, and particularly local South African phenomena like “black tax”.

The book includes exercises and “how-to’s”, doesn’t shy away from the psychology of money, and is empowering, humorous and helpful. The book you wish you’d had at 25, but is never too late to read.

Sam Beckbessinger is a writer, user-experience designer and entrepreneur who is on a quest to help the emerging middle class understand how to take charge of their finances. She is the cofounder of Phantom Design, a company that has helped to build bitcoin wallets, cryptocurrency exchanges, smart credit cards and more. She also lectures extensively on online culture, marketing and behavioural economics. Sam holds a BA Honours Degree from the University of Cape Town, studied Strategy Design at the Gordon Institute of Business Science and was a 2014 Mandela Washington Fellow at Yale University.